When we think of a church security/safety team our thoughts usually go to guys with guns taking out the active shooter and saving the day. Reality is that your Security/Safety team is not just about armed security officers. Parkers, Greeters, Ushers and Preschool workers, etc.; they all have a role in the church's security and safety efforts.

If we think in terms of the old concentric circles of protection principle it would go like this: 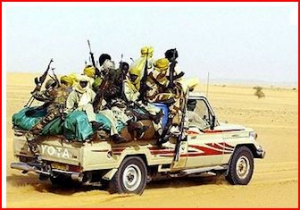 The parking lot crew should also patrol the lots during service to prevent the common "smash and grab" vehicle burglary so common in parking lots today.

The next opportunity to engage church attendees is at the doors with Greeters. A smiling face that welcomes the church goers is also the one that might report a suspicious person (or persons). 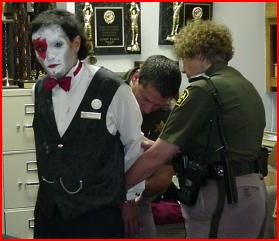 This disruptive person got the attention he didn't want.

When it comes to noticing that something "Don't Look Right" I count on the Usher teams.  I am sometimes asked about training for noticing violence potentials in individuals. We have various presentations in our resources that address just such a training need. However ...

As a previous Usher for seven years before focusing on security, I pretty much knew what was "Don't Look Right" and I also knew all the oddities and quirks of some of the more esoteric of the congregants. I also knew that if something bad went down fast that I might be the only one there to stop it. Otherwise, we call 911 and wait. So, there I was, untrained and ill prepared.

Unfortunately, this is where a lot of churches have stopped in their thought process.

21 And later Zechariah son of Meshelemiah had been responsible for guarding the entrance of the tabernacle. 22 In all, there were 212 gatekeepers in those days, and they were listed by genealogies in their villages. David and Samuel the seer had appointed their ancestors because they were reliable men.

23 These gatekeepers and their descendants, by their divisions, were responsible for guarding the entrance to the house of the LORD, the house that was formerly a tent. 24 The gatekeepers were stationed on all four sides—east, west, north, and south.

In Biblical days it was the practice to appoint "Gatekeepers" to guard the house of God. These men were task with preventing harm to the people of God and the temple.

Like those of biblical times, there are reliable men that are called to the ultimate ministry of the "Gatekeepers".  These are the men that will take the time to train and prepare for the time that they may have to use force against force to preserve life.