This week we examine the latest ISIS magazine where they discuss the most effective way to kill you and your family.  I know this is a fairly long read, however I did shorten it considerably and left the most important parts for your reading.

I get a lot of emails from different law enforcement sources but none of them give me the intel I get by actually reading their magazines. 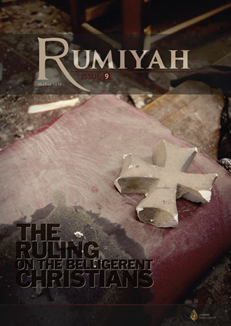 Here’s one about the truck attack tactics: 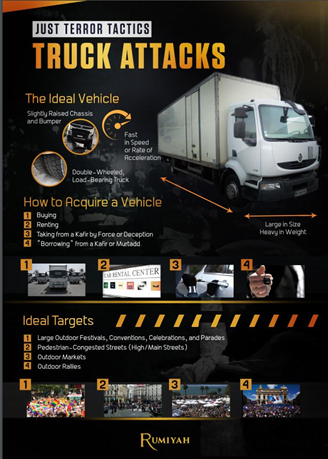 Here is another from the same issue which discusses multiple tactics: 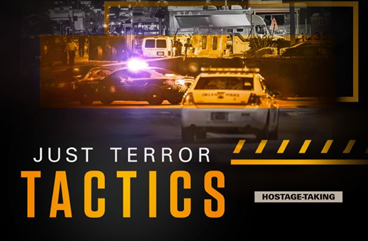 Hostage-Taking -
The objective of hostage-taking in the lands of disbelief and specifically, in relation to just terror operations is not to hold large numbers of the kuffar hostage in order to negotiate one’s demands. Rather, the objective is to create as much carnage and terror as one possibly can until Allah decrees his appointed time and the enemies of Allah storm his location or succeed in killing him. This is because the hostile kafir only understands one language and that is the language of force, the language of killing, stabbing and slitting throats, chopping off heads, flattening them under trucks, and burning them alive, ‘until they give the jizyah while they are in a state of humiliation.

Armed with a Firearm -
The scenario for such an attack is that one assaults a busy, public, and enclosed location and rounds up the kuffar who are present. Having gained control over the victims, one should then proceed to slaughter as many of them as he possibly can before the initial police response. 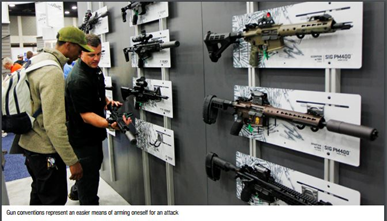 The Acquisition of Firearms -
The acquisition of firearms can be very simple depending on one’s geographical location. For example: The USA: In most US states, anything from a single-shot shotgun all the way up to a semi-automatic AR-15 rifle can be purchased at showrooms or through online sales – by way of private dealers – with no background checks, and without requiring either an ID or a gun license. And with approximately 5,000 gun shows taking place annually within the United States, the acquisition of firearms becomes a very easy matter.

Ideal Target Locations -
Ideal target locations for hostage-taking scenarios include night clubs, movie theaters, busy shopping malls and large stores, popular restaurants, concert halls, university campuses, public swimming pools, indoor ice skating rinks, and generally any busy enclosed area, as such an environment allows for one to take control of the situation by rounding up the kuffar present inside and allows one to massacre them while using the building as a natural defense against any responding force attempting to enter and bring the operation to a quick halt. Similarly, characteristics of a good target location include low light conditions, as it grants one the ability to maneuver between the people, taking advantage of the confusion and killing as many of the kuffar as physically possible.

Execution -
The operation should be initiated at times when the target location is at its busiest. Likewise, one can exploit days on which police and other security forces might be pre-occupied with national or local events, thereby crippling and slowing their ability to swiftly respond. It is also essential for one to know that the aim is to kill as many kuffar as one possibly can, and as quickly as one can before the initial police response. After killing those present one should keep a few of his victims alive as hostages to be used as human shields against the anticipated response of the kafir armed forces

Without Firearms -
The absence of firearms or the lack of one’s ability to acquire them does not exclude one from attaining the immense reward of partaking in the worship of slaughtering the enemies of Allah e and inflicting upon them a massacre. Rather, it only further opens the doors for a bit of creativity and some basic planning.

Luring Targets -
Those residing in the lands of disbelief will surely note the ease and simplicity in achieving the confi­dence and trust of a disbeliever. Portraying oneself to them as harmless gives them the impression that they are secure and free from danger. This deceptive ap­proach of luring the kafir is something that can be easily accomplished through various methods, some of which will be detailed.

Advertising a Job:
Advertising a fake job by way of posting one’s ad at a local unemployment center will undoubtedly attract a response.

Advertising Property for Rent:
One can falsely ad­vertise a property for rent by means of local newspaper classified sections, or by means of online sites for clas­sified advertising, or by simply writing or printing out “For Rent” advertisement posters which can be stuck on walls, lampposts, or in local store windows with­in the vicinity of the property in question, leaving a contact number that one can be reached.

Second-Hand Buy and Sell Groups:
Online sales by way of buy and sell websites such as Craigslist, Gumtree, eBay, the Loot, and others are an alternative means to luring one’s victims. In many cases, the col­lection of the product must be done in person.

Execution -
In order to ensure the success of the operation there are a few important points to remember and some pri­or measures to be taken:

The focus of the discussion thus far has been on gaining control over multiple kuffar either by storm­ing an enclosed public site or luring them to an en­closed private location, thereby making it extremely difficult for them to flee and then dispatching them either in an immediate or near-immediate timeframe. However, in order for the operation to gain wide pub­licity and more effectively plant terror into the hearts of the disbelievers, one can keep some of his victims alive and restrained, making for a more lengthy and drawn-out hostage scenario. One may then notify the authorities, explaining to them that he is a soldier of the Islamic State and informing them of what he has just done. This will of course result in his location be­ing surrounded, and eventually stormed, by armed forces. In such a scenario, he can delay their entry by using the surviving hostages as human shields – only keeping alive those necessary for this purpose. The in­tention of this delay is therefore only to prolong the terror, as the ideal scenario is that they storm the lo­cation and he is killed as a shahid inshaallah after having inflicted upon the kuffar a just massacre.