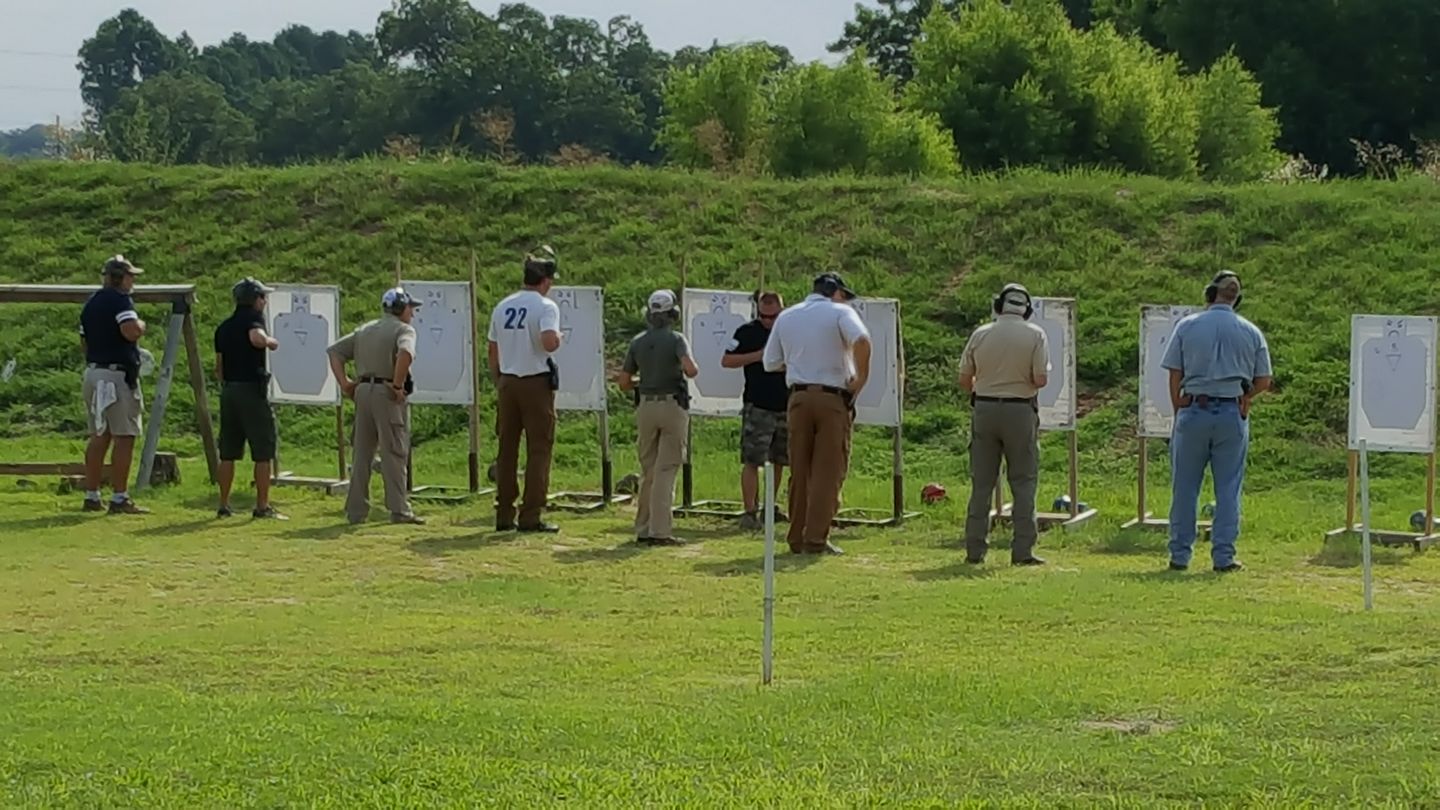 In Texas, the most popular Public school security program is the “Guardian” program. Sometimes also called the “Defender” program. This is similar to the “School Marshall Program”.

Although I have not personally been through the “School Marshall” program, I understand, from one of the “Guardian” trainees, who was a school principal, that the reason most schools go with the Guardian program over the Marshall program is that the Guardian program allows Guardians to carry the handgun “on their person”, whereas under the Marshall program the Marshall must have the handgun in a locked box “at their desk” and cannot carry among the students.

The other major reason for preference of the Guardian program is that it only takes 2 days as apposed to 10 days for the Marshall program.

Liability concerns – “The BIGGY for me”

So, a person would naturally think “This being a state program and all, once these people are trained, there is no liability or at least some liability reduction ($$$$) from the insurance companies.

I don’t think that will fly with our private Christian schools.

I decided to look into the popular “Guardian” program and take the course myself ($350).

Day One - A combination of a 30 question LTC written test, handgun qualification and lecture.

I gave this segment a average score of “C”.

I gave this segment a good score of “A”.

The fallacy is in the “GO” word. There is no “GO” to the shooter. The Defend part is Defending the classroom you are in.

I gave this segment a good score of “C”

Live fire - On the second day we fired 150 rounds at a hostage target at various distances from 3 – 15 yards and 10 rounds at a Torso target at 50 yards. The drills involved what the instructor was calling “Under Stress” fire.

We basically loaded five rounds in the gun, placed it on the table pointing down range, turned around to face the instructor; on the command, turn, pick up the gun and fire at the target. You have 4 seconds, etc. There was no exact scoring, only that a majority of the 3-15 yard rounds needed to hit the bad guy anywhere. I passed, but my training had me almost struggling to resist the muscle memory of going for my holster (which we couldn’t wear). Picking up a loaded firearm from a table was counter-intuitive to me and almost dangerous as usually all my loaded handguns are in a holster preventing me from inadvertently placing my finger on the trigger.

I gave this training a grade of B. Good, because although having little training value, it did make the candidates show their accuracy skills.

Here’s an interesting part – The instructor said that he once had a candidate that missed 64 out of the approximately 140 rounds fired at the 3-15 yard line. He had to fail the person. It is very interesting that the person had to pass the LTC course of fire with a 225 the first day, yet failed when put under the slightest time pressure.

Written test – Another 30-question short test about the lecture material.

I gave this segment a good score of “C”.

Legal representation sales pitch – After lunch a representative from a legal representation company (LRC, fictious acronym), who’s name will not be mentioned, came in to solicit membership. He immediately began that the two major competitors no longer exist as they lost their insurance underwriter. We tried to confirm this information but could not. Looks to us like both are in business as of today. We have contacted LRC to confirm this information and have not heard back from them as of this writing.

The most disturbing part - I asked the LRC rep if I would be covered if I were a volunteer on a church security team performing coordinated security duties at the church.

His answer – “We advise our people not to call themselves a “Security Team” or any type of coordinated effort. Just say you are just LTC people in the congregation.” Really? I mean Really? We have contacted LRC for comment on this information and have not heard back from them as of this writing.

Live scenarios with paintball (UTM)  - Each of the students went through 2 drills where we were placed in a room, door closed, and then defended the room from an active shooter coming through the door.

I gave this section a “C” for average. Average because there was little tactical training. The instructor said the program really wasn’t made to make SWAT entry teams in 2 days, but to just put you under stress, period. We spent about an hour on this training.

Conclusion – The grade average comes out to a “C+” on this one. Not something I would recommend as a total solution. But a good start. The best part was the demand of the 225 score on the handgun qualification which at least made sure the students had basic handgun skills.

Very narrow bandwidth for a narrow response – The program is better than nothing and I believe it will surely save the lives of those inside the classrooms of the Guardians that are there.

Trying to compare professional security officers and personal protection officer training is like the old apples and oranges. There is really no comparing this program to the Gatekeepers program training? No empty hand defensive tactics, no intermediate weapons, no handcuffing, etc. Nothing but shoot the person with the gun.